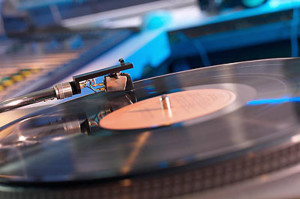 It is a phenomenal success story for Christians all over Ireland. A band called Céli Dé Collective have earned Irish Indie chart topper for Good Friday 2014. Their Sean-nós style music has taken the Emerald Isle by storm with its 1st week’s entry onto the Irish record market. This is a major success story; proof to the world that traditional Irish music is now in vogue. To add to the success, Céli Dé have earned 6th place in the Irish Album charts for Easter. Praise God!

Who is behind this Irish Indie Chart topper?

To start with, congrats go to Ide, Niamh and Lorcan for running with this project full of zeal & enthusiasm. They have helped (with band members) to put Christianity at the top echelons of Irish music. That is not all! They have collectively put the Irish language at the no. 1 position to add to the bargain. There is unlikely to be a parallel to this tremendous achievement. A fleet of band members in Céli Dé Collective have contributed greatly to the Irish Indie chart topper. Congrats extend to Trian, Colm, Naomi, Daire, Kevin, Conor, Deirdre, and a choir conducted by Sean. One by One records played their part, and there were others too to help success along. There were others again who gave generously of their counsel & expertise. Congrats to all for producing this astounding Irish Indie chart topper. Fans can get their copy from Céli Dé Collective today!

A note on the Irish language

At present, there has been a bit of a revival of interest in the Irish language by the Irish people. Many old schoolers have resented the language due to their educational experience. But the new generation don’t have the same hang ups and have taken to the language in much the same style as you would take to Spanish for example. Many young people today realise that you can learn Irish in the same way as you learn any other language. You learn a couple of Irish words and off you go practicing in conversation. Abair as gaeilge é, ár teanga féin.